It must be the effects of Summer getting to me because I haven't been updating my blogs as much as I would like.  I hope you all are enjoying your summer.

Last week during our hike we stumbled upon something pretty amazing.  I've never seen anything like it. 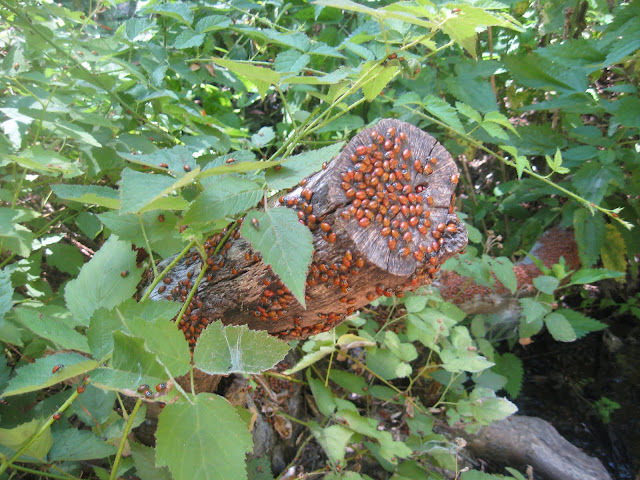 There were thousands of ladybugs right by a stream coming down from the mountain.  It was crazy at how many there were! 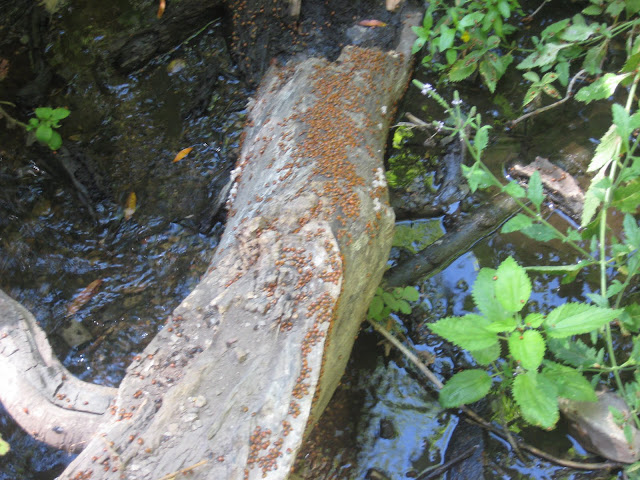 While we were standing there looking in awe of them, they started to fly onto us.   That was a bit weird. 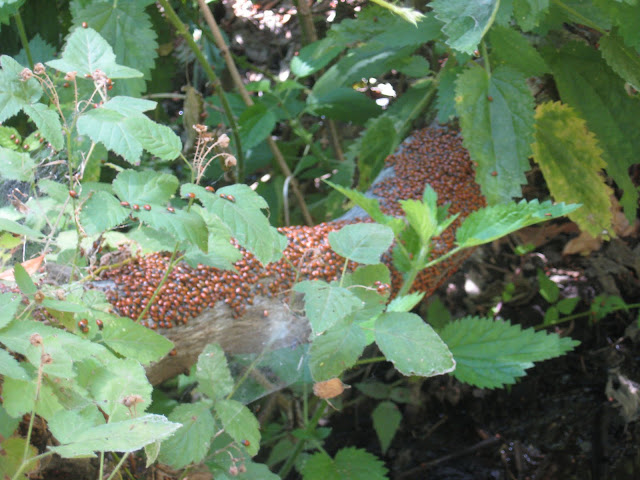 I don't know what kind of plant this is that they were on.  Do any of you? 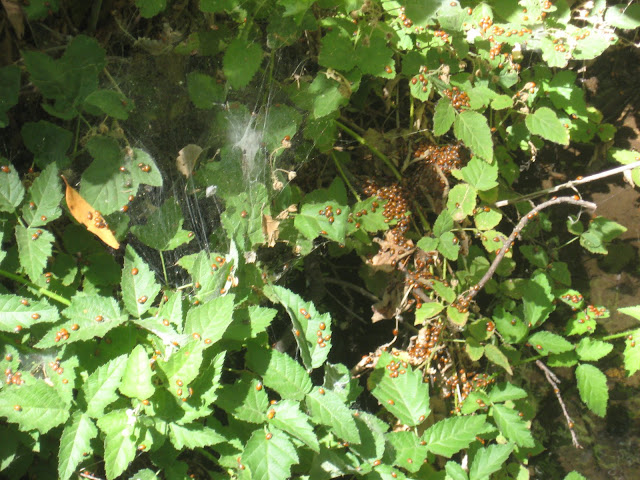 Moving on to something with the same color scheme. hee hee 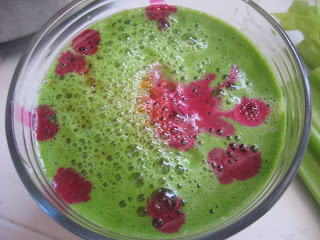 Here is a juice with celery, kale, parsley, apple and beets. 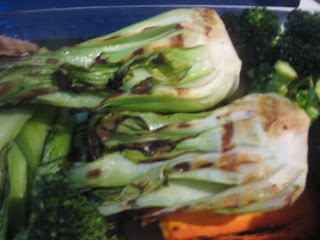 We pretty much grill everything during the summer but this was my first time grilling bok choy. I just cut them in halves and poured a lemon marinade over them and all of the other veggies.  I then let them marinade for a couple of hours before I grilled them. 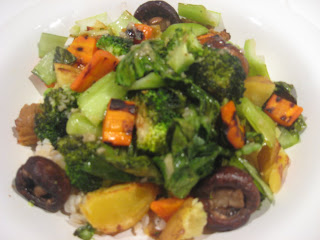 Veggies served over brown rice.
A great book I bought myself a couple of years ago called The New Vegetarian Grill is a must have for summer months.  It's because of this book that I tried grilling the brocolli and bok choy!  The key is to marinate the veggies really well, especially the brocolli.  Anyways, it's easy to adapt the recipes to vegan too! The marinade I made consisted of soy sauce, lemon, garlic, olive oil, sesame oil, water and maple syrup.
Cheers!
Posted by dreaminitvegan at 12:30 PM