Howdy everyone! I've been slacking on my blogging...but no more of that!  As long as my computer doesn't act up like it has the last couple times I've tried to blog.  errrr! 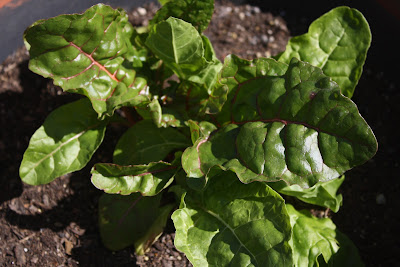 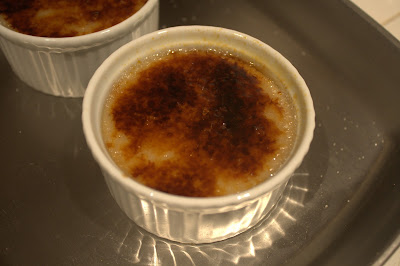 I'm on a quest to find the perfect vegan creme brulee recipe with the help/input of my husband Dave. He loves creme brulee where as I've never tried.it.  I was given the ramekins and torch as a Christmas gift from my son.  I guess he was trying to tell me something because I've been saying I was going to be  doing this for quite sometime.

So recipe #1 was found at Vegan Good Eats. 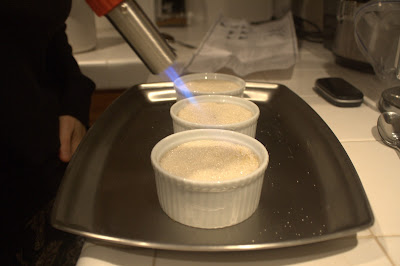 Sugar is sprinkled on top of the custard. 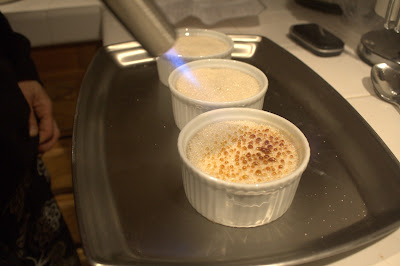 Then the chef's torch comes out!  We all had turns using the torch.  It was fun. 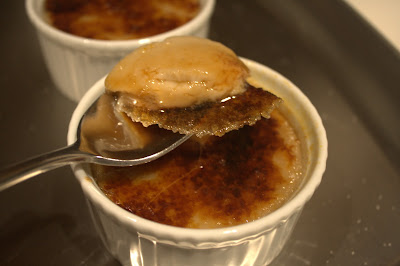 The verdict according to Dave.  While this tasted good it didn't taste like creme brulee.  From what he is saying it sounds like Creme Brulee is more custard(egg)like, a bit thicker and with vanilla bean.  We kind of thought it tasted like flan but way better.
Onto the next recipe!
Enjoy your night!
Posted by dreaminitvegan at 8:14 PM